The killing of George Floyd was murder. His death has catalyzed world events because of hundreds of years of chronic and pervasive abuse perpetrated against black and brown peoples.  It has no place in society and no place here. The Department of MB&B stands against racism and all forms of discrimination.

International students and postdocs in MB&B

Science is a highly international endeavor in which researchers share results and ideas with colleagues and collaborators from all over the world. The progress of science is accelerated by the exposure to new information and diverse views, which seed discoveries. Scientific discovery benefits from the free exchange of ideas and people. The Department of Molecular Biochemistry and Biophysics at Yale University is fortunate to have faculty, graduate students and postdoctoral scholars who come from many different countries, and who embrace a broad range of cultures and religions. We hereby affirm our appreciation of the contributions of our international students and scholars to our research and teaching missions and put forth our continued commitment to welcoming students and scholars regardless of background.

Mark Hochstrasser, Chair of MB&B
on behalf of the MB&B faculty

Department of Therapeutic Radiology, Molecular Biophysics and Biochemistry, and History of Medicine, and Lecturer in History

During World War II many university physicists undertook new research programs aimed at wartime goals. Notable among these goals were the Manhattan Project to investigate and exploit nuclear energy for military purposes and the project, based at the MIT Radiation Laboratory, to develop radar as a military surveillance tool. Yale nuclear physicist Ernest Pollard…

A Short, Informal History of the Biological Sciences at Yale University

by Peter B. Moore

In May 2012, Yale University’s Graduate school of Arts and sciences held a reunion for all who have received doctorates from Yale in the biological sciences. The proceedings began with two presentations on the history of biological research at Yale: one focused on the Medical school, and the other centered on the rest of the University. This essay is a lightly edited version of my account of the history of the biological sciences outside the Medical school.

A Scandalously Short History of MBB at Yale

First, let’s be clear: Science in America started at Yale.  Not at MIT, Caltech, Johns Hopkins, or even Harvard.  The current myth that “Yale is a humanities school, not a science school” is a historical distortion of the primary role of Yale in the development of Science, both in the US and in the world.  At a time when US higher education focused on the classics: ancient civilizations and theology, Yale was taking the first steps to bring science into the academy. 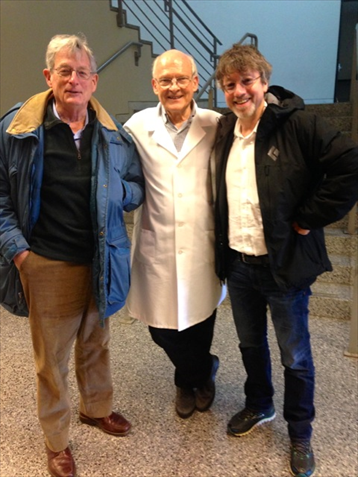