Biochemistry and our Changing Climate - an unconventional seminar 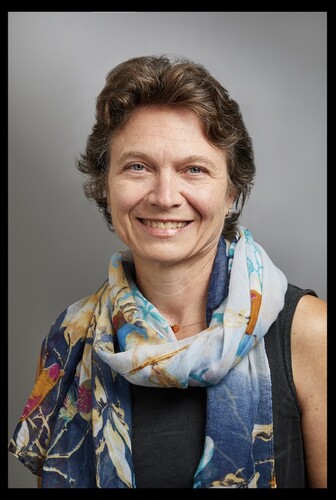 In the spring of 2022, the MB&B department expanded its list of class offerings to include an unconventional, yet highly relevant course called Biochemistry and our Changing Climate. The class, headed by Professor Karla Neugebauer, approaches climate change from a molecular point of view, highlighting the biochemical reactions that cause or are in response to the changing world. At first, the course may seem like a niche subject, but climate change is rooted in fundamental concepts of biochemistry. The course explores these various concepts, such as the pathways that contribute to coral bleaching, and the amino acid synthesis reactions that are inhibited by the pesticide Roundup. In addition, the course explores important mechanisms that other core classes don’t cover, such as nitrogen fixation, and the relationships between seemingly unrelated topics, such as red algae and cows’ methane emissions. In all, the course aims to teach students that they can use biochemistry to understand and make a difference in the changing climate.

When asked what inspired this course, Neugebauer first brings up her 2006 family trip to Australia’s Northern Territory, in a region called the Red Centre. At the time, she came across an article by the climate activist Tim Flannery that described the future Australia faced if it did not act against climate change, and she found it devastating. As years passed and rising temperatures became a reality, Neugebauer wondered why biochemists didn’t have a more pronounced role in climate change. She wanted to show that though most biochemical research is focused on human health, the fundamental questions of this research could also be relevant to climate change, stating that this even included her own research in RNA splicing and biogenesis.

Neugebauer credits her MB&B support system, expressing she “could not have done this without the support and enthusiasm of [her] department and colleagues. Read more about Karla’s journey with this course in her recent ASBMB interview here.