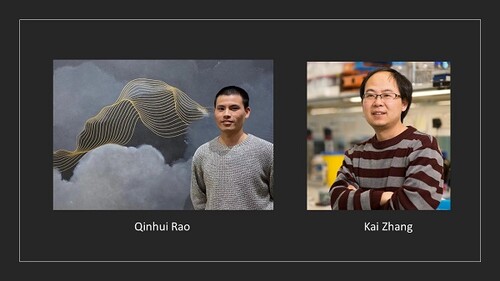 Eukaryotic cilia and flagella are the key organelles that drive the movement of individual cells (e.g. sperm swimming) and the transport of extracellular fluids (e.g. clearance of viruses in the airway). Defects in the structures and functions of cilia are linked to numerous human diseases. Discovered by Leeuwenhoek, the beating of motile cilia is one of the earliest known cellular activities and has since then kept drawing great research interest over centuries. With the fast development of modern technology such as the revolutionary cryo-electron microscopy, scientists began to understand the mechanism of ciliary motility in molecular details. Current understanding is that this fundamental cellular activity is powered by a group of microtubule-based molecular motors called dyneins in cilia, including inner-arm dyneins (IAD) and outer-arm dyneins (OAD). Dyneins slide along the microtubule doublets (MTD) through ATP cycle. In cilia, the sliding of adjacent MTDs by dynein is eventually converted into the bend of microtubules, which is the most critical molecular process for the cellular-level ciliary beat.  Among all the molecular motors in cilia, OAD is the key machinery that generates the majority of the mechanical force required for this fundamental process, while other ciliary components (e.g. central pair apparatus) play critical regulatory roles.

Unlike cytoplasmic dyneins which usually function as individuals, thousands of OAD molecules form ordered arrays in the axoneme. Adjacent OAD molecules need to coordinate with each other to ensure the rhythms of ciliary beat in time and space. Understanding the mechanism of motor coordination between adjacent OADs has been a long-standing question. Using T. thermophila as a model organism, Zhang’s group solved high-resolution cryo-EM structures of OAD arrays bound to MTD in two different states, longed by the dynein and cilium fields for years. The structures reveal a model for how arrayed OADs coordinate with their neighbors to sequentially change their conformations to take one step along the MTD toward the minus ends.

The resulting publication, “Structures of outer-arm dynein array on microtubule doublet reveal a motor coordination mechanism,” is a collaboration with Prof. Howard’s lab. Co-first authors include Qinhui Rao, Yue Wang, Pengxin Chai, and Long Han. A pre-print of the paper can be found on bioRxiv: https://www.biorxiv.org/content/10.1101/2020.12.08.415687v2

This is the first Gibbons Award, created in honor of two great scientists, Ian and Barbara Gibbons, who discovered and named the dynein motor. The award is supported by the Gibbons family and by Cytoskeleton Inc. The committee specifically noted that Zhang and Rao’s “beautiful work… provides a molecular basis for how large dynein arrays within the axoneme coordinate their chemomechanical cycles to produce movement within cilia and flagella.”

According to the award page, the selection committee chose the Zhang lab from 22 strong applications related to the dynein field. A Gibbons Silver Award was awarded to four other winners who have made outstanding contributions to the field. Each recipient was offered an opportunity to give the Gibbons Award lecture at the virtual Dynein 2021 meeting and received a cash prize.