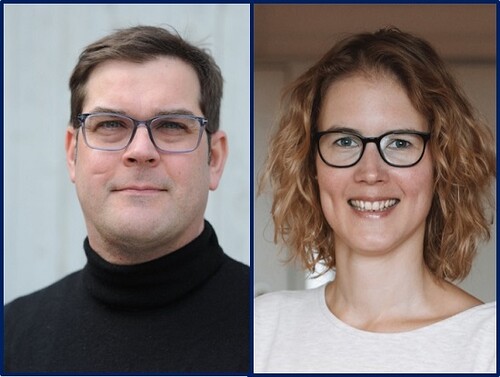 A new fellowship for dystonia research was launched this month by the Michael J. Fox Foundation for Parkinson’s Research. Christian Schlieker, PhD and Els Kuiper, MSc, a postdoctoral fellow joining the Schlieker lab this year, received one of the two Bachmann-Strauss Fellowships in Dystonia Research awarded during its inaugural year.

Dystonia is a movement disorder that affects 500,000 people in North America, including more than 30% of patients with Parkinson’s disease. The Bachmann-Strauss Fellowship aims to “grow the global base of researchers studying the movement disorder dystonia” by supporting specialized research training in this field.

Professor Schlieker’s group studies molecular and cellular defects underlying dystonia. “Our focus here is primary (DYT1) dystonia, which is the most common and most severe congenital form of this debilitating disease,” Schlieker described in an email about his and Kuiper’s research aims with the fellowship. “We recently identified defects in nuclear pore biogenesis – caused by mutation in the essential ATPase TorsinA – as a major facet of cellular disease pathology. Recently, we learned that unusual condensates form at sites of defective nuclear pore formation. These possess detrimental gain-of-function properties, caused by their enormous capacity to sequester protein folding machinery which offsets cellular protein homeostasis.”

Kuiper and Schlieker met after a collaborator connected them to share cell lines for Kuiper’s research. Kuiper was nearing the end of her PhD in the Kampinga lab at the University Medical Center Groningen in the Netherlands. When they met to exchange cells, they realized that they were both working on new research projects that seemed to be heading in a similar direction. “I had been working for a few years on a project looking into the role of chaperones in nuclear pore complex biogenesis, which was a completely new direction for our lab.” Kuiper wrote. When they met, the Schlieker lab had recently published a paper on the Torsin ATPase and its role in nuclear pore biogenesis. “As soon as we heard that their new research was going into a similar direction as ours, we setup a meeting to exchange ideas and data. We found that the results from both projects complemented each other really well.”

Both Schlieker and Kuiper described the direction of their research going forward. “We have identified several key players that modulate the sequestration properties of these condensates, which now opens the window for exploring their functions and molecular properties, for example in the context of membraneless organelles,” wrote Schlieker.

“Studying the membraneless compartments associated with the nuclear pore complexes and their sequestering capabilities will be a new direction in getting insights into the defects underlying dystonia,” Kuiper described, adding that she is looking forward to continuing their research based on what they have discovered so far.

Professor Schlieker concluded his remarks with appreciation for the fellowship that will support their research, and a look toward the broader impact it may have on understanding and treating dystonia. “Ultimately, we want to define novel targets for pharmaceutical intervention, and we are grateful for the support through the Bachmann-Strauss Dystonia fellowship by the Michael J Fox foundation.”

You can find more information about the award and the Michael J. Fox Foundation and the Bachmann-Strauss Fellowship in Dystonia Research here: https://www.michaeljfox.org/publication/michael-j-fox-foundation-launches-bachmann-strauss-fellowship-dystonia-research