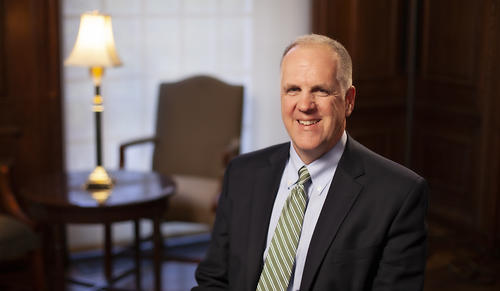 Congratulations to Dr. Scott Strobel! The MBB professor has been named as the next Provost—the chief academic and administrative officer of the University following the President—of the University and will begin January 1, 2020.

Strobel, alongside being the Henry Ford II Professor in MBB and an HHMI professor, has been an integral part of several initiatives and projects on campus including but not limited to vice president for West Campus planning and program development (2011-2019), deputy provost for teaching and learning (2014-2019), and vice provost for science initiatives (2019). In the announcement released last week, President Peter Salovey praises Strobel as someone who “has a profound appreciation for all parts of Yale’s academic enterprise” and who is “an integral part of our efforts to realize the university’s mission of research, scholarship, education, preservation, and practice.”

Strobel is preceded as Provost by Dr. Ben Polak, who served as Provost since 2013 and will be returning to a full-time faculty role as the William C. Brainard Professor of Economics and professor of management.