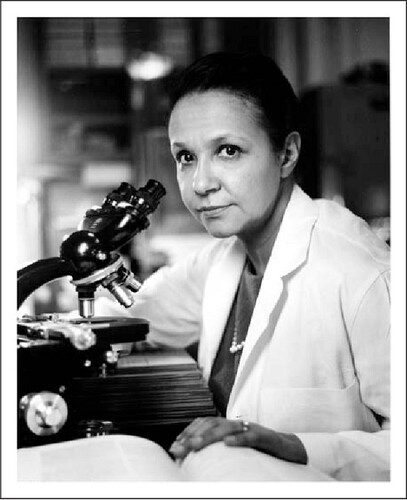 Dr. Jane Cooke Wright was truly a trailblazer in multiple aspects of her life. She was born in 1919 in Manhattan to Corinne Cooke, a school teacher, and Louis Wright, one of the first African American graduates from Harvard Medical School. Similar to her father, Dr. Jane Cooke Wright attended medical school at New York Medical College and did residencies at various hospitals – including Harlem Hospital where she was chief resident.

While attending medical school and becoming a chief resident as an African American woman was already incredibly groundbreaking, Dr. Jane Wright’s work drastically advanced the way cancer is treated. In 1949, she joined her father at the Harlem Hospital Cancer Research Center, which he found, where she did some of her most groundbreaking research.

In the mid-20th century, using drugs to treat cancer was pretty experimental, so chemotherapy was only used as a last resort for cancer patients. Despite the hesitation towards chemotherapy at the time, Dr. Jane Wright, along with her father, focused their research on anti-cancer chemicals. In 1949, the two started testing new chemicals for effective anti-cancer properties on human leukemias and other cancers. This research led to Dr. Jane Cooke’s seminal work in 1951 which established the efficacy of methotrexate in treating breast cancer. This research laid the foundations for treating tumors with chemotherapy.

Dr. Jane Wright was determined to make sure her research had an impact in clinical care. To help bridge the gap between hers and others’ research with clinical care, she became one of the founding members of the American Society of Clinical Oncology (ASCO). She was also the only woman in the founding group. The ASCO has the goal to set standards for clinical oncology and to improve knowledge of the field by making research and information readily available and easily disseminated.

Dr. Jane Wright incorporated these goals into her career, especially during her time as associate dean and professor of surgery at New York Medical College where she continued to developing cancer treatment programs. At the time of her appointment to this position in 1967, Dr. Jane Wright was the highest ranked African American woman at a nationally recognized medical institution. Throughout her career, she held many more high-ranking positions, received many awards, and authored 135 scientific papers all while raising two daughters. Because of her dedication and influence on the field, the ASCO’s Young Investigator Award was renamed in her honor.