Daniel DiMaio Receives the Outstanding Investigator Award from the NCI 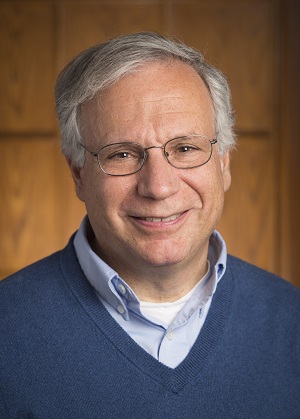 The National Cancer Institute has named Daniel DiMaio, MD, PhD, a recipient of the Outstanding Investigator Award which is given to investigators with an exceptional record of research in the cancer field. The award provides funding for investigators to pursue more creative projects of unusual potential to impact the cancer field. Over the next seven years, DiMaio will receive over $7 million from this award.

DiMaio will use this funding to continue his research into the entry mechanisms of the human papilloma virus (HPV). The entry of HPV is a surprisingly complex process which involves hundreds of human genes. HPV takes a unique route to the nucleus that had not previously been described. The pathway was revealed as the retrograde transport by the DiMaio lab and is now one of the lab’s focuses. The DiMaio lab is also interested in an HPV viral protein that has a cell penetrating peptide sticking to the cell membrane as part of the infection process.

“What’s exciting is that these peptides were described thirty years ago as segments of proteins that can carry other proteins into cells, but people really don’t know how they work and they also don’t know what their role in biology is”, said DiMaio, “Everyone thought their role was to carry proteins into cells, but in fact in the viral case it doesn’t do that. It actually takes proteins from one compartment to the other.”

Daniel DiMaio’s record of outstanding research began at Yale when he started doing research on viruses as an undergraduate. “I took a course in prokaryotic genetics taught by Sid Altman and Bill Summers, and I got interested in bacteriophages. Then I went to medical school to do an MD/PhD and ended up in a lab studying animal viruses. At my postdoc, I got interested in papilloma viruses”, DiMaio said.

After completing his postdoc, DiMaio started his own lab at Yale more than 35 years ago where he started studying bovine papilloma viruses. Over the years, the lab turned their attention to human papilloma viruses and their roles in cancers. DaMiao believes that receiving the Outstanding Investigator Award will have a significant impact on his HPV research by allowing his lab more flexibility in funding to pursue high-risk experiments.

Dan DiMaio has received many honors during his tenure at Yale. He is Deputy Director of Yale Cancer Center, the Waldemar Von Zedtwitz Professor of Genetics, and Professor of Molecular Biophysics and Biochemistry, and of Therapeutic Radiology.

DiMaio says that “Being a joint appointee to MB&B has been very valuable, and I’ve been collaborating with people like Don Engelman and Joan Steitz for years and we’ve published many papers together. Those interactions have been very important to me.” MB&B congratulates DiMaio for receiving the Outstanding Investigator Award.