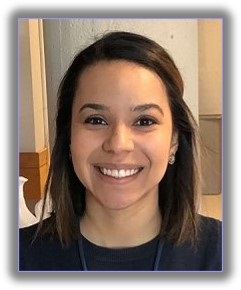 Lilian Kabeche, PhD, Assistant Professor of Molecular Biophysics & Biochemistry, received a 2021 Pershing Square Sohn Prize for Young Investigators in Cancer Research. The award will grant her $200,000 per year for three years to support research efforts toward understanding roles of the DNA damage response pathway in pancreatic cancer cells. Kabeche was one of the first two grantees from the Yale School of Medicine to receive the grant. Sidi Chen, PhD, Associate Professor of Genetics, was also awarded the prize.

Kabeche joined MB&B in 2019 following a PhD in Biochemistry at Dartmouth College under Duane Compton, PhD, and post-doctoral work at Mass General Hospital, Harvard University, in the group of Lee Zou, PhD. It was in Zou’s lab that Kabeche discovered a crucial role for Ataxia telangiectasia and Rad3-related (ATR) kinase in the DNA damage response during mitosis. Her lab currently resides in the Cancer Biology Institute on West Campus.

According to Kabeche, the prize will allow her group to continue investigating the mechanisms by which the DNA damage response pathway promotes chromosome stability, specifically through the role of ATR. She is interested in how this enzyme functions at centromeres, a specialized region of the chromosome. Ultimately, Kabeche hopes that her research can contribute to designing therapeutic strategies toward battling cancer.

“Our hope is that by fully understanding this pathway we can create targeted therapies against pancreatic cancer cells which exhibit high levels of chromosome instability,” Kabeche said.

The story about Lily’s award was also covered by Business Wire.